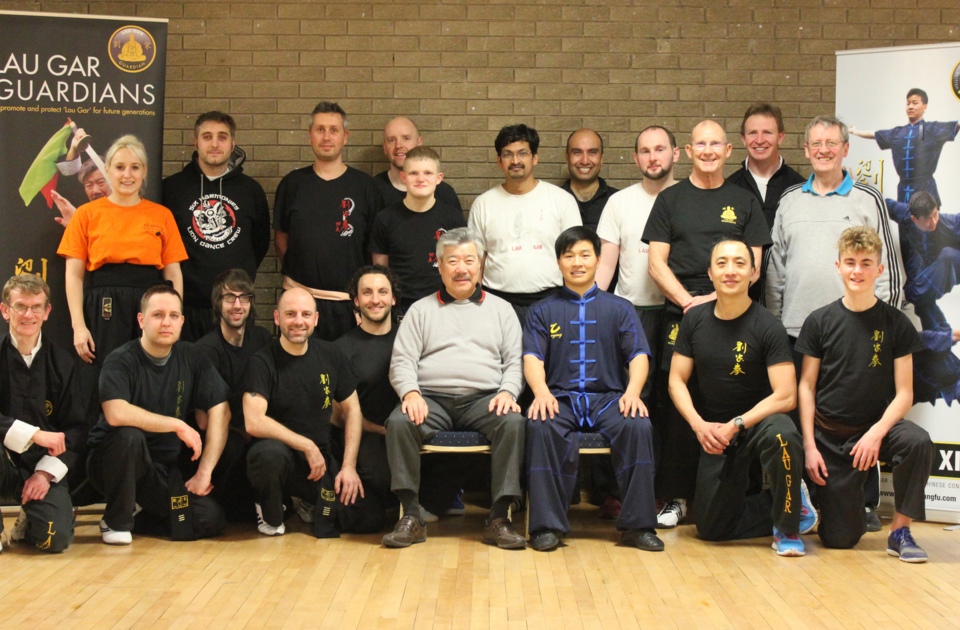 We are a martial arts club based in Halifax, Barnsley and Harrogate. The classes in Halifax and Barnsley are run by senior instructor Sifu Stewart Hunt, who has been practising Lau Gar Kung Fu for over 40 years and is a 7th degree Black Sash and Guardian of Lau Gar. The Harrogate class is run by four 5th degree Blash Sash teachers. We are part of the British Kung Fu Association - the UK's largest Chinese Martial Arts Association.

Training in Lau Gar Kung Fu includes both physical and mental exercise. Using both ancient Chinese methods and modern techniques the student is toned in mind and body. The system involves internal and external training i.e. the strength that you can see and the strength that cannot be seen but can be felt. Training is hard but is character building and will help to expand the mind and spiritual development of the student.

We strongly believe in protecting our students and follow the Safeguarding Code in martial arts. BKFA's Child Protection and Safeguarding Officer Alec Clark can be contacted via www.laugar-kungfu.com/contact

Lau Gar Kuen is derived from a form of boxing practiced at Kuei Ling Temple situated in Kong Sai (Guangxi) Province in west China. It was learned from a monk on retreat from that temple by Master Lau Sam Ngan, "Three Eyed Lau", a tiger hunter, whom we honour as founder of our style. He is reputed to have earned his name because of a deep scar in the middle of his forehead which resembled a third eye. The style subsequently became popular over a large part of south west China. In fact all of the southern systems of kung fu are derived from 5 major styles namely: Lau, Hung, Choy, Li and Mok.

Towards the end of the 1800's Grand Master Yau's Grandfather conceived the desire to learn Kung Fu. At the age of 13 he left Kowloon, now in the Hong Kong Special Administrative Region, and travelled to Kong Sai Province where he trained under the Master Tang Hoi Ching. Nine years passed before he was given the right to teach independent of Master Tang. Grand Master Yau's Grandfather subsequently met the Master Wan Goon Wing with whom he continued his studies for a further six years, and whom he served as son until the latter's death. On his return to Kowloon, Master Yau Luk Sau taught only his family and close friends before opening his club to the public. During this time Grand Master Yau commenced his training at the age of six. The training was conducted at the village community centre in Kowloon City (Gau Lung Sing) just outside the famous Walled City. His training continued for 4 hours a night 360 nights a year for 15 years.

Grand Master Yau brought the style to the United Kingdom in 1961. The British Kung Fu Association was set up in 1973 and Grand Master Jeremy Yau, being the keeper of the Lau Gar style, was invited to be the Chief Instructor. Subsequently Lau Gar has become Britain's most popular form of Kung Fu.